You're probably asking yourself right now why the HELL does he call himself Shaboda? Well... it's a nickname that some friends of mine gave me years ago... it started out as "Steve the Chewbacca" (Cuz they said I was big and hairy!) which led to "Shabidabooda" and eventually, the more refined "Shaboda". The name stuck and I have had it ever since. It also made a great domain name for a website!

Actually, my name is Steve. I am primarily a bass player, located in western PA. I am sandwiched between Pittsburgh and Cleveland by a 1.5 hour drive either way. I also play electric guitar and try to sing once in a while if absolutely necessary. I started playing acoustic guitar at a very young age, but didn't get really serious about learning until I was 14. Thats when I got my first electric guitar, and a year later my first bass. I practiced along with all of my favorite albums, pretty much daily. I was slightly obsessed with it, but I was on a mission. I wanted to get out there and play with other musicians and play for people as soon as I was able.  I used to open the windows in my bedroom and crank everything as loud as I could. I guess I wanted everyone to know I was serious about my craft. :)

Since then, I have been in many bands and musical endevours and played countless gigs. I honeslty don't know what the number is up to now... but I am sure it's up there. I love playing in front of a crowd, but I also enjoy the creative process. I love writing and recording original material. Luckily, I have been involed with some great projects over the years and made great memories with a lot of people. I am in my mid 40's now, but when it comes to music, it can make me feel like a kid again.. and I get the same feeling I got when I opened those bedroom windows and played for the neighborhood. 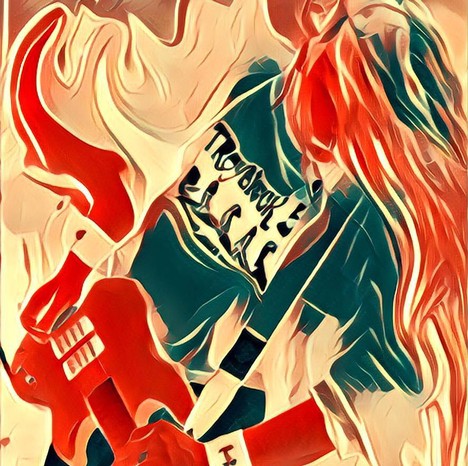